What a weekend it was at the Red Lion Street Fair. Accompanied by two other authors, Andy Craven and Ryan Griffin, we sold more books than we ever had before; Ryan sold out of his book. 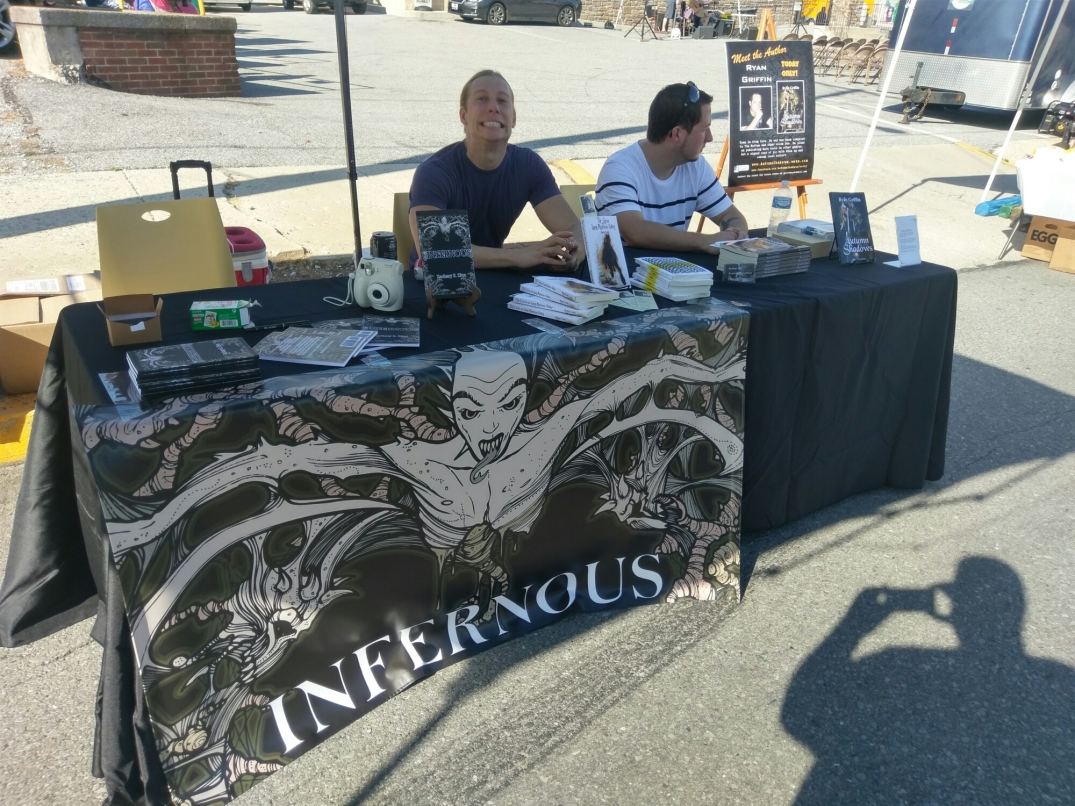 One of the first things we’d ask people passing through the fair was what kind of books they like – that or just bellowing “LOCAL AUTHORS, WE WRITE ‘EM, YOU DON’T EVEN HAVE TO READ ‘EM, JUST BUY ‘EM!”

So moving on, we would ask people, and the responses were a little on the unexpected side. In-between the normal replies, we received some interesting rage.

One father walked up to his 12ish year old daughter who had been looking at our books and yelled, “No more books in the house!” It wasn’t lighthearted, it wasn’t joking, the guy was pissed. Yanks his daughter’s arm away, and they’re gone. I just had to look at Andy and Ryan and we all kind of simultaneously asked each other, “what just happened?”

I could see this reaction, even if it was extreme to a video game or something. But a book?? When I have a kid, if they want a book, I’m getting them a damn book because I don’t want my kid to hate reading and never read one book after school is out.

So we moved on… And asked more people the all important question. We were told what we could do to ourselves when we asked certain people, and we replied that we had that genre, we made people laugh and smile.

A surprising amount of people yelled at us with animosity that they couldn’t read, as if we were mocking them. So we just went on, selling books, and I was scaring parents.

My banner was undoubtedly working, a giant 5 foot of the demon Beleth from my Infernous trilogy. Teenagers held my book in front of their parents asking if they could get it, and the very second they gazed upon the demonic horror, they blurted, “No! Put that back!”

It was amusing, but thankfully the banner drew in more sales than it lost.

It was a great time, Andy took to the street and began selling the idea of a book to people in a carnie type way…